Hey friends!  It's Kira and I am back with a travelers notebook spread.  I am documenting our recent trip to the Poteet Strawberry Festival, which, if I am being completely honest, was a disaster.  Our youngest son is notorious for getting sassy when he's hungry (a trait he gets from his dad).  And we mistakenly didn't feed him enough breakfast before we left home.  Combine that with an hour long car ride and standing in line for another 30 minutes, and you're just asking for a sassy toddler. 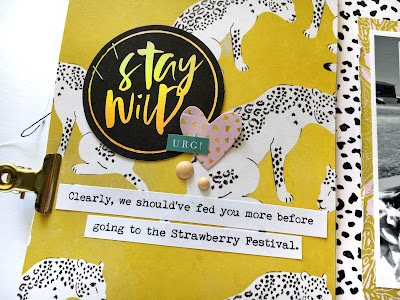 Once we got Elliott fed, things improved (not entirely, but that's another story for another scrapbook layout).  I snapped a few pictures of him eating and calming down.  And chose this one for this layout. 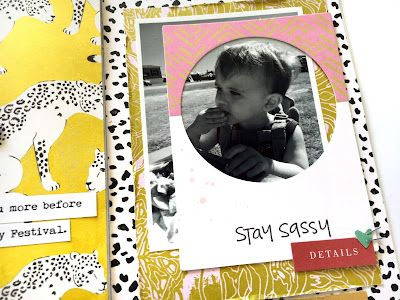 I was immediately drawn to the frame ephemera piece from Wild Heart that says "Stay Sassy".  Ellie gets referred to as "Sass Pants" all the time, so it seemed fitting for him.  I love that its a circle cut out of the frame instead of a square, so I wanted to repeat that element in other parts of the layout.

The next piece I found was the circle ephemera that says "Stay Wild"...another piece made just for Elliott.  Since I was going for a sassy/wild theme, I reached for the paper Roar, from Crate Paper.  I had originally planned to just use the black and white pattern but loved the pop of yellow from the reverse side. 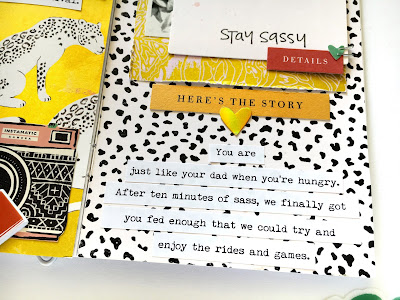 There were so many other fun elements in this months kits that were perfect for this layout, like the PFS puffy sticker that says "My Bad" and the tiny word sticker from CTK that says "URG!" 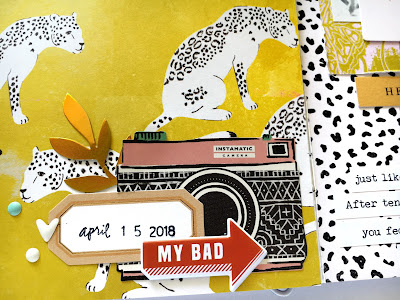 And here's the finished layout again!  Thanks so much for stopping by! 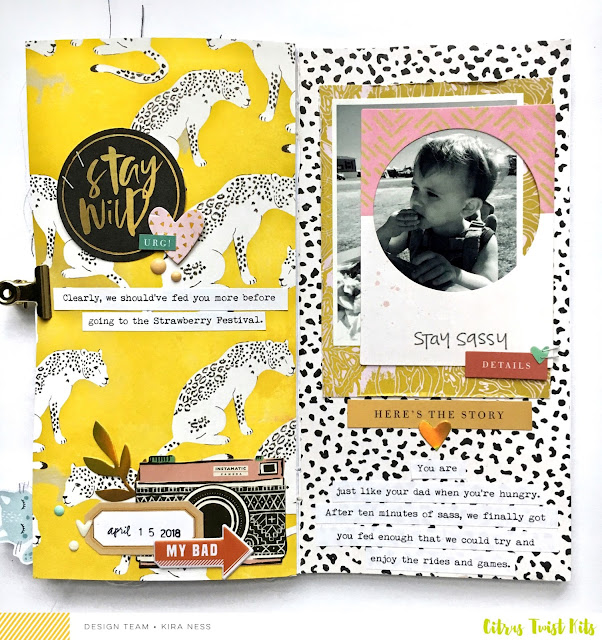