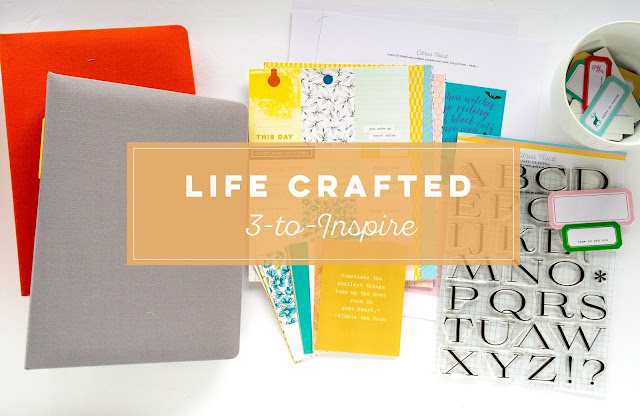 Happy Saturday, fellow Twisties (I'm trying out a new name for us Citrus Twist peeps)! I’m so happy to be back with another 3-to-Inspire for you.

This time, I picked all three of my products from the FleaMarket Findings kit: 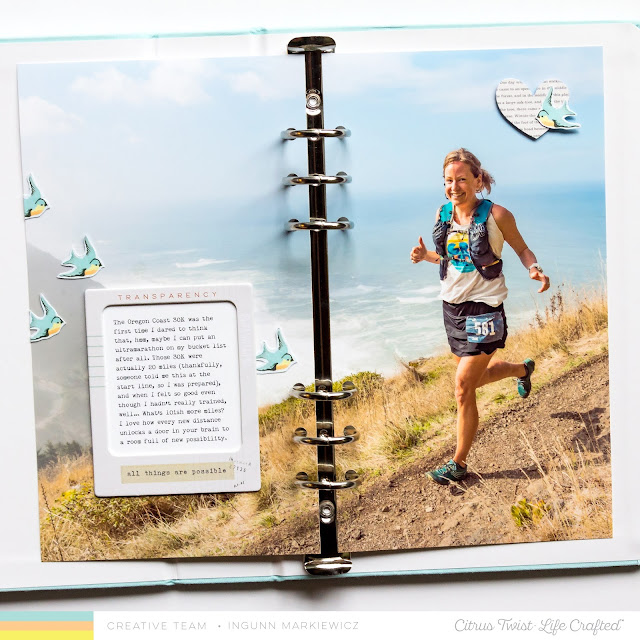 When I saw those amazing chipboard frames, I immediately knew what I wanted to use them for. A frame would usually be used for a photo, but since I adore giant photos always and forever, I wanted to use it to house my journaling on top of a giant photo! (It would also be really cool to use it to add a smaller photo on top of a large photo.) I just love the depth and texture it adds to an otherwise simple spread. 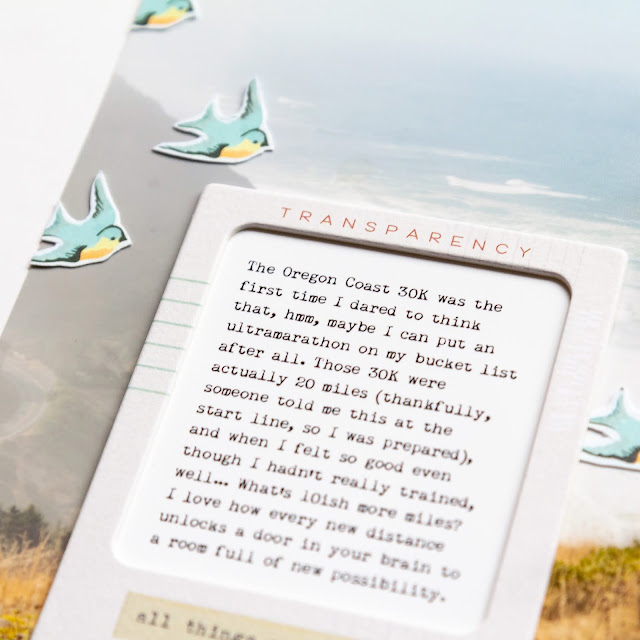 One of the frames said “all things are possible”, which prompted me to think of the first time the thought that I could actually run an ultramarathon popped into my head. So that’s the story I told, which worked perfectly since I could use my favorite race photo ever (taken by PNW race photographer extraordinaire, Glenn Tachiyama), spread across two pages in my running-specific Life Crafted album.

I wanted to keep this spread super simple since I love the photo so much, so for the rest of the embellishing, I picked a text heart from the ephemera pack (which felt like it mirrored my text box from the opposite side of the spread). 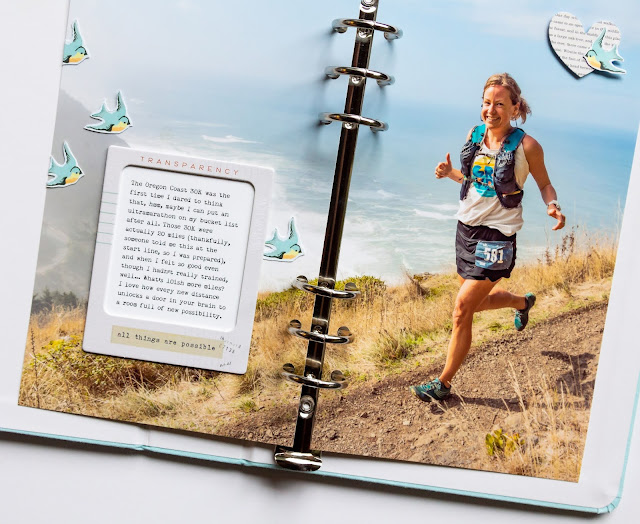 As a finishing touch, and to convey the feeling I had of flying down that coastal trail in Oregon, I fussy-cut some birds from one of the patterned papers, and placed them around the elements I had already attached. I haven’t fussy-cut anything since, like, 2008, so I’m pretty proud of myself! It also turned out to be the perfect activity for when my kids wanted to “scrapbook with me”.

I punched holes into the photo to put it directly into my album, and it was done!

Can’t wait to see how you guys use those frames!